This ride takes us past the Nesjavellir Geothermal Power Station through Þingvellir National Park, where the oldest continually running parliament in the world first assembled in 930 AD. From there, it’s into the Skjaldbreiður Lava Field to Geysir Hot Springs and Gullfoss Waterfall.

Fremstaver – Mountain Hut
Into the Wilderness

We ride north on F35 to Kerlingafjöll Mountain Range, within the geothermal area of Hveradalir. As the scene unfolds, you will capture the sight of mini glaciers, high energy steam springs and arctic vegetation which together create unique color combinations. We’ll be crossing a river with a bank of black sand.

Now, we go onto F26 Sprengisandur over to Þórisvatn, Iceland’s largest lake and then to Veiðivatnahraun Lava Field and the Central Highlands of Iceland. The Veidivötn Lakes create a magnificent highland oasis. Some of the very best brown trout and arctic char fishing in Iceland (or anywhere) is found here and then it’s to Mt. Hekla, one of Iceland’s most active volcanoes. In the old days, they called Hekla, “the Gateway to Hell.”

The Fjallabak region takes its name from the numerous wild and rugged mountains with deeply incised valleys. Riding there is like being in the Lord of the Rings story. The hot pools at Landmannalaugar, where we will bathe are one of many manifestations of geothermal activity in the area. From the hot pools, the track takes us to Tungnaá River toward Vatnajökull Glacier and Langisjór Lake. Then, it’s back down by the Skaftá River to a volcanic fissure stretching from Mýrdalsjökull Glacier almost to Vatnajökull and over to Eldgjá, a canyon about 60 km long, 600 m wide and up to 150 m deep. It was formed in the year 934 during one of the largest volcanic eruptions in Iceland in historical times.

From the farm Skaftárdalur, we ride east toward Laki, a series of craters that were formed in one of the world’s largest mixed eruptions in recorded history. In 1783, lava flowed across the flat land destroying a large number of farms, stopping just outside the small town of Kirkjubæjarklaustur. The total area of the resulting lava field is 565 km². We will go over a small section of it on our way to Kirkjubæjarklaustur.

And on the last day, there are also surprises. You will be privileged to see an amazing mountain road, which is not common route for most people, so you can count for a really unique experience. The locals call this road Öldufellsleið and it connects Skaftártungur and Rangárvelli. Throughout this spectacular road you will be able to see Mýrdalsjökul and Eyjafjallajökul, two of the most famous glaciers on Iceland. While riding behind the Mýrdalsjökul, we will pass the famous black desert with one of the most beautiful volcanoes Mælifell on our way to a real nature miracle canyon Markarfljótsgljúfur.
From this point the next stop is Selfoss, through the Emstrur desolate and lonesome area, that is truly eye-catching and uncanny. Our journey ends here, but experience and memories of this magical adventure will stay for good.

The maximum number of participants for each tour is 8 + 2 riding guides from Ride With Locals. 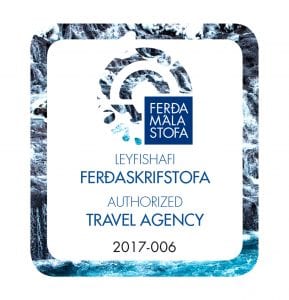